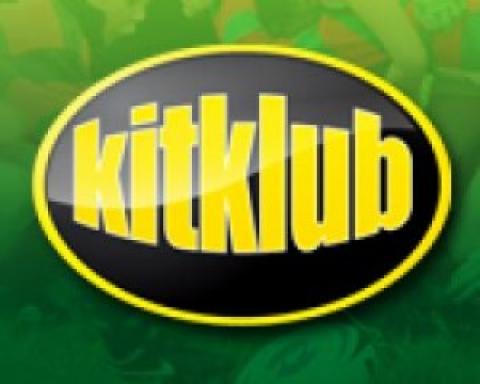 Each year we sponsor 20 under 16?s sports team from across Wales with new full kits for the coming season. In true Trade Centre Wales fashion the annual presentation evening seems to get bigger and better and this year was no exception. With 20 sporting teams, Real Radio, Adam Jones, free food, 700 people and a giant walking talking ROBOT the evening was one that everybody involved will remember for some time.

This years KitKlub winners included boys and girls football and rugby teams, a cricket team and a squad of young kick boxers. Congratulations to our winners:

The evening began with our Financial Director Steve Richards saying a few words about our commitment to young people in sport and grass roots development. This was followed by the show stopping TITAN THE ROBOT whose performance had the children, teenagers and adults in a state of wonderful amazement: especially when the 9foot mechanical robot started to mimic our man Trev in a perfect imitation of his voice. Following Titans performance Real Radio presenters Helen Sweetland and Jason Harrold took to the stage to present the team with the kits they will be wearing for the 2012/2013 season. We would like to thank the mighty Adam Jones (Wales and Ospreys prop forward) for giving us his time to be at the event signing autographs and taking photos with our guests.

TCW Chairman Mr Mark Bailey stated, ?Seeing the happiness the kits bring to these teams only reaffirms that we are doing the right thing by giving back to the communities in which we do business. It?s great to see so many youngsters are still getting involved in local sports clubs and we are very happy to be in a position to help the teams that need support?.

It would be fair to say that everybody involved had a great time and we would like to take this opportunity to wish all of each and every club all the best for the coming season and we can?t wait to hear about your progress as the season progresses.

We have a feeling at Trade Centre HQ that this years presentation evening is going to take some beating.