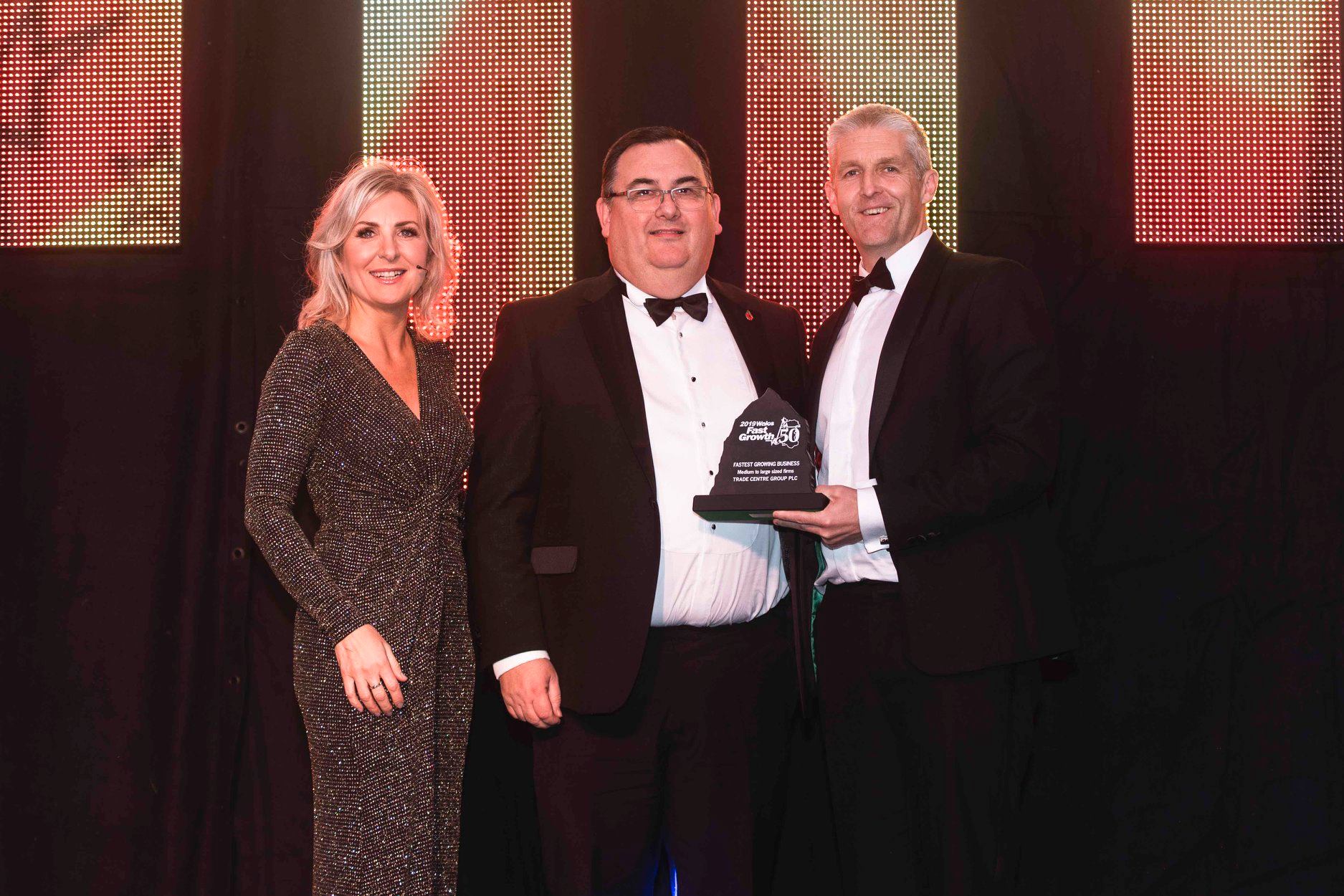 The Trade Centre Group has been named one of Wales’s fastest growing companies in the Wales Fast Growth 50 list for the fourth consecutive year.

Headquartered in Neath, the UK’s fastest growing used car supermarket has been recognised for its strengthened leadership team, record profits and expansion into new territories.

The Trade Centre Group reported a 139.7% growth since 2016 while also becoming the UK’s most trusted car supermarket, according to consumer review website, TrustPilot.

Following its successful expansion to the Midlands the used car company has announced plans to open its sixth site in North West England.

The site in Rochdale will have capacity for up to 1,000 cars, and will offer low-cost car sales and finance to customers across the North West region. With plans to open in December 2019, Trade Centre UK will continue to build upon existing business success as it enters 2020.

Andy Coulthurst, CEO of Trade Centre Group said: “To be ranked 32nd out of 50 businesses in Wales is a remarkable achievement, and we couldn’t be prouder of the hard work and determination from the teams across our Trade Centre sites which has made this possible.

“We’ve had a strong year in 2019, and we have seen turnover increase by 197.89% as we’ve prepared to open our new site in Rochdale. By expanding outside of our homeland of Wales, we can offer our customers better value and deliver a top-quality service to more regions than ever before.

“It also means that we’re able to contribute to more communities through job creation, and by supporting charitable projects in new areas.

“Each year, we spend tens of thousands of pounds on community projects from national fundraising initiatives to grassroots kit sponsorships - last year, we spent £30,000 alone on the NSPCC’s ‘One Unforgettable Day’ campaign.

“As we expand into even more regions across the UK, we want to continue developing close working relationships with even more local causes, and give back to the communities that are so welcoming to us.”

Professor Dylan Jones Evans OBE, founder of the Wales Fast Growth 50, said: “To be described as one of the fifty fastest growing firms in Wales out of a business population of approximately 260,000 is an achievement that should be widely recognised. The Trade Centre Group has grown substantially since the first showroom was opened in Neath in 2000, earning its place as one of our top 50 businesses. We are excited to hear more about the ambitious expansion in Rochdale and look forward to seeing what the future holds for this business.”

Fast Growth 50 recognises Welsh entrepreneurs and businesses that have achieved notable success thanks to increasing growth rates within their business.