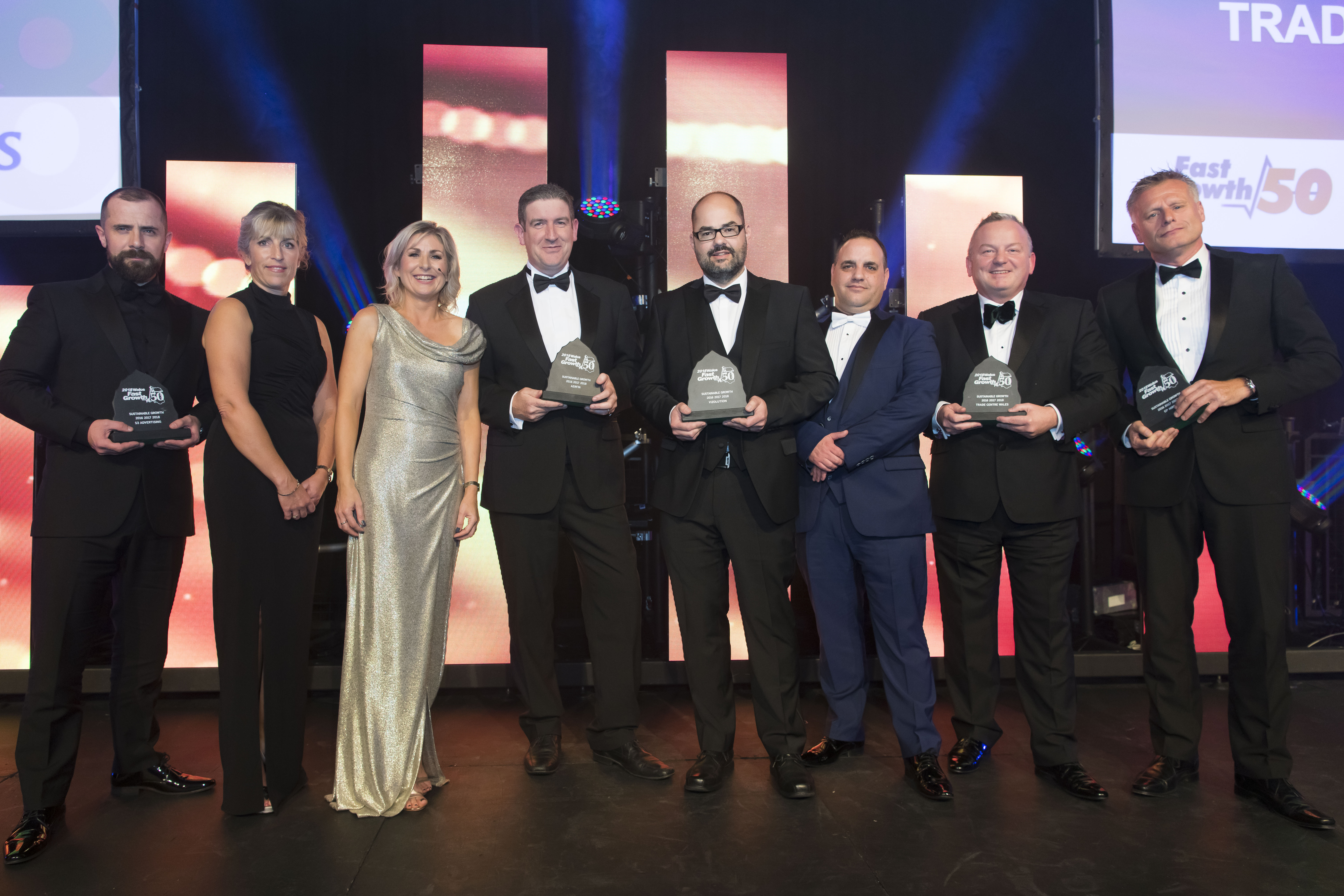 The car supermarket group has had a successful 2018 to date, continuing its growth outside its home territory of Wales, opening ‘Europe’s largest used car showroom’ in Coventry in April, the second outlet in the Midlands, firmly establishing the Trade Centre UK brand.

At the 20th anniversary Fast Growth 50 Gala Dinner awards, The Trade Centre Wales was awarded the Special Sustainability Award which recognised its longstanding progression and over 20 years of successful business growth.

This year, the firm was also recognised as one of the few £100m+ companies that has appeared on the FG50 in the last 20 years.

Professor Dylan Jones-Evans OBE, founder of the Wales Fast Growth 50 said: “In Wales, we are often slow to applaud the performance of individual businesses in Wales, but The Trade Centre Wales is more than worthy of this praise.

“To be described as one of the fifty fastest growing firms in Wales out of a business population of 250,000 is an achievement that should be widely recognised. The Trade Centre Wales has excelled yet again this year and the award was well deserved.”

The Top Track 250 league table ranks Britain’s private mid-market growth companies with the biggest sales. The list is compiled by leading research company, Fast Track, and is also published in the Sunday Times.

Andy Coulthurst, CEO of The Trade Centre Wales, said: “I’m so proud of the hard work and determination of our team over the past year. I believe that the commitment they continue to show is one of the main reasons why we’re picking up these awards and featuring alongside these prestigious national companies.

“We have exciting times ahead, the team is working on further plans to expand our footprint across the UK. We work hard to give our customers the service and value they have come to expect from our outlets and so to win these awards is a real honour.

“As we continue to increase sales, however, it’s always been really important for us to continue to give back to our local communities.

“We spend thousands of pounds each year on local community projects and as our success continues to rise, it becomes even more important for us to give back to our local communities, whether that’s through charity donations, grassroots kit club sponsorships or local fundraising projects.”