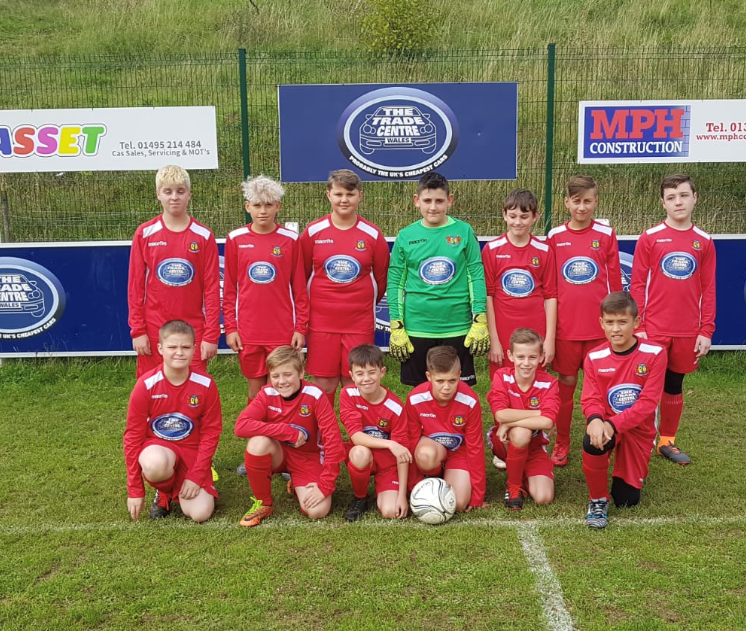 Trade Centre Wales has announced its latest sponsorship deal with Abertillery Excelsiors AFC, marking a third consecutive year that the company has supported its neighbouring club.

South Wales’ largest used car showroom will be donating to fund new kits for all teams at the Valleys-based club, which will be worn for the first time to play the annual memorial game, for late club players.

Located just down the road from both Abercynon and Merthyr Tydfil showrooms, the grassroots football club play a Memorial match every year at its Jim Owen pitch  to remember and celebrate the three club members who have sadly passed away in recent years.

The sponsorship from Trade Centre Wales will mean that money raised at the event can be put back into fundraising for the club, and the team are still able to receive a fresh kit to play the upcoming season.

Chris Wildy, kit & equipment manager of Abertillery Excelsiors, said: “Our aim is to make it into the Welsh football league, but we also want to focus on retaining strong players, supporting them through hardships and strengthening our bonds with the local community.

“At our playing grounds, we wanted to remember and celebrate players who are no longer with us, and so we made the decision to name the fields after our late club members. We have the Jim Owen pitch for the first team.  The Keith Williams field for training, named after our late secretary, and the Pavilion at the Keith Williams field is named after Chris Barnett – ‘Barney’, a much-loved member of the team who we all knew so well.

“The memorial game that we play every year is a lovely event, where the community and friends and family can come together and celebrate the lives of those who are no-longer with us. We think it’s the players who make a club, not the other way around, and for us it’s important to keep their legacies alive.

“We’re so grateful for the continued support from Trade Centre Wales and look forward to working closely with them in future.”

Andy Coulthurst, CEO of Trade Centre Wales, said; “We’re so proud to sponsor Abertillery Excelsiors again for the third year in a row. After facing loss, the football club has still managed to band together and show the wider community how important it is to support friends and families in difficult times.

“We’re glad to be keeping the partnership going and to be supporting a well-deserving, generous team, both on and off the pitch. We wish them all the best for their memorial match and hope their new kits take them far in the upcoming season.”