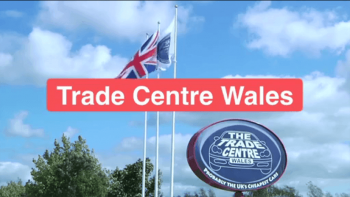 As 2016 draws to a close, the Trade Centre Wales chief executive, Andy Coulthurst, looks back at the last 12 months and what 2017 may bring for the car retailer.

Although many businesses have felt that 2016 has been rocked by Brexit, economic uncertainty and the rise of Trump, the automotive industry has experienced impressive growth within the sector, with 900,000 cars being built in the UK in the first six months of the year alone– the most since the year 2000.

The Trade Centre Wales has also grown substantially in the last 12 months, and we’ve come a long way from when we first started trading 16 years ago. Our 250 staff, led by our chairman and founder, Mark Bailey, have helped to establish us as a household name in Wales, seeing almost 20,000 cars sold over the last calendar year at our sites in Neath, Merthyr and Abercynon.

Our financial services division, including CanCan Car Finance, have relocated to our brand new facility at Abercynon this month, doubling our capacity ahead of us crossing the border for our debut launch in England in 2017, which will create 200 additional jobs.

Meanwhile, our Training Academy, also based in Abercynon, is busy preparing for a new round of recruitment and inductions.

Investment has also been key for us in 2016, with our Neath site having £2.8 million spent on new facilities to support all our outlets, reflecting the demand for our services. The latter quarter of the year has also seen us invest a further £900,000 in retro-fitting areas of our Neath and Merthyr sites.

We want to continue to build on our successes in 2017 and expect to see turnover increase to more than £150 million, doubling our pre-tax profit to almost £20 million. This, in turn, will see us replace Motorpoint as the second largest independent car retailer by profitability in the UK, just behind London-based Car Giant, with ambitions of us securing the number one slot in late 2018, following our growth projections as we open more car superstores.

Following our planned expansion into the West Midlands early next year, our aims for strategic growth and development of the business will be bolstered by plans to increase our regional footprint further into multiple sites across the UK, and obvious target regions are the M25, North West, North East, South West, Scotland, West Yorkshire, South Yorkshire, Southampton, Nottingham/Derby and Merseyside. A huge proportion of the UK remains untouched and signals further opportunity for us to develop regional hubs, with one site acting as a retail and preparation centre to support retail-only sites within the region.

We look back at 2016 as a strong year for The Trade Centre Wales and hope to meet, if not surpass our ambitious national growth plans for the coming year, tackling business across the border as well as new and exciting ventures.

Click to learn more about the Trade Centre Wales news