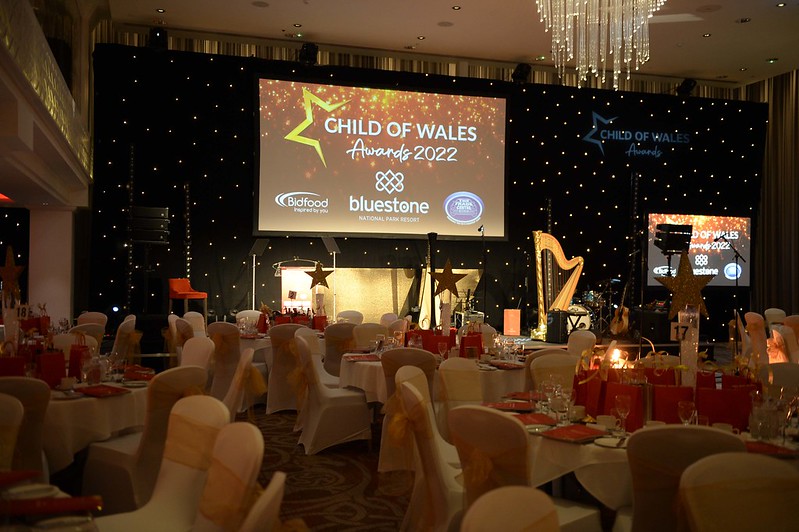 We love getting involved in fantastic local causes at The Trade Centre. So, when we had the chance to be a headline sponsor of the first Child of Wales Awards, we jumped at it.

To quote Whitney, the children are our future, and we felt privileged to be part of such a wonderful event. If you don’t know anything about the Child of Wales Awards, here’s what it’s all about. Created by Blanche Sainsbury, the awards celebrate ‘the inspirational achievements of the young people of Wales, while raising money for charities in Wales dedicated to helping children.’ A noble cause indeed and one that The Trade Centre truly wanted to be part of.

Before we go any further, we need to focus on the most important bit – the winners!

Here’s one, Bethan Owen, an inspirational young woman who supports her mother, who has epilepsy, and her father in the challenges they face day-to-day. Alongside this, she opened a not-for-profit karate club to help make it more accessible for all, she volunteered for the police, and sat on the board for Young Person Commissioner for Wales.

Or, Environmental Champion Sopie Mansell who, after being bullied at school, decided to fill her lunch breaks litter picking instead. A change of school led to the creation of an eco club, which implemented many great ideas, such as recycling bins.The club grew and now Sophie can be proud that the members all know how they can make a difference too.

And, we have to mention Ffion Gwyther, who charmed and entertained so many people during lockdown with her ‘follow the rules’ videos for YouTube. In them, Ffion dressed up as characters such as Carmen Miranda and Cruella Deville.The videos, which ended with Ffions very own catch phrase ‘Cwtch in and have a drink’ captured the attention of Michael Sheen and ITV News!

Well done to all of you and the other 11 worthy winners, whose stories can be found here.

And our host for the evening is…..

Our fabulous host was the lovely Gethin Jones – you’ll know him from the One Show. His charm and humour made the worthy winners feel at ease during their moment in the spotlight.

The entertainment included a magical performance from Young Performer Winner Cerys Angharad, alongside Royal Harpist Claire Jones and Chris Marshall, and The Child of Wales Choir were in attendance, singing beautifully. Both played to a crowd peppered with familiar faces from sport, TV and radio, including Jonathan Davies OBE, Sir Gareth Edwards, Sharron Davies MBE and Jason Mohammad.

A bit of well deserved pampering

But the awards evening, which took place at the Mercure Holland House Hotel on March 4th in Cardiff, was only part of the pampering on offer for the winners. They, and their families, were treated to a luxurious stay in the hotel. And, as a special thank you, the other headline sponsor, Bluestone National Park Resorts provided the winners with a holiday. A truly well deserved break.

Helping worthy causes, such as the Teenage Cancer Trust, The Bluestone Foundation, Dreams and Wishes and the NSPCC, is the cherry on top of the icing on the cake for the Child of Wales Awards, allowing the good work to continue for future generations.

A massive well done from all of us at the Trade Centre Wales. Honestly, we are so proud to have been part of this, and hope to be again next year (they’re already accepting nominations btw!).